Brett finished the interior of my sound truck a couple of weeks ago. Pictures are now up on this page.

The last three pictures give you the finished interior views. Lots of shelving for cases and what not. Tie downs all over the place for carts. Work bench for solder, repair or whatever. And best of all...a lift gate.

We are finishing up Angels and Demons over at Sony this next week. Down to the last week and a half of filming. It's been a great experience. Look for it in theaters next May.

above link takes you to my .mac page.

We've got about a month to go on Angels and Demons. Lots more to do...

Things have come to a slow halt in feature production in Los Angeles. Thanks to the fears of another strike, the production of movies has been effected this time around. Last year we saw TV production come to a crashing halt with the writers strike, then months of no production. Movies were not as impacted by that strike, as the scripts for most movies had been locked and put away. It was much more of a TV strike. This go around has been much different. SAG has not come to any agreement with the AMPTP, but no strike vote or lock out has occurred. It's basically a stalemate at this point. I think things are starting to pick back up, as the possibility of a strike has diminished.

The new truck is being fitted with shelving and metalwork. I should get it back from Brett next week. Really looking forward to that. 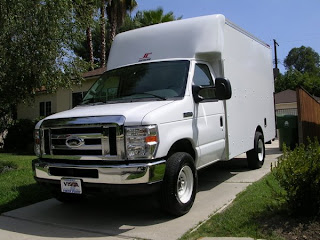 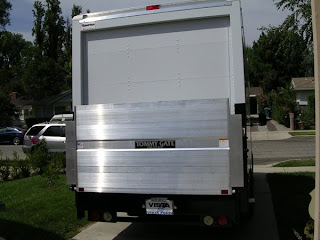 Next up will be a new utility cart... More on that later.
Posted by Phillip W. Palmer at 7:49 AM 1 comment: